In August, Fairbanks Arts is delighted to welcome two artists based in Alaska, Esther Hong and Deland Anderson! Join Fairbanks Arts Association in the Bear Gallery in welcoming the artists and their two mesmerizing exhibitions, Deland Anderson’s “Wild Rivers” and Esther Hong’s “Forbidden Garden”. For his exhibit “Wild Rivers”, artist Deland Anderson took inspiration from the vast rivers of Alaska. Focusing on the segments of rivers he has explored during his wanderings through the state, Deland uses the patterns of the rivers as his templates of color. Esther Hong, a visual artist based in Anchorage, shows her work in her exhibit “Forbidden Garden”, providing colorful displays in mixed media.

Esther Hong was born in Cheongju Korea in 1968.  While attending Cheongju University, she joined student protesters in the streets against the repressive Chun Doo Hwan government. She moved to Anchorage in 1993 at the age of 26. She received a Bachelor of Fine Arts degree in Painting and Drawing at the University of Alaska Anchorage in 2004. She works in painting, printmaking, assemblage, multi-media, and installation. Hong has exhibited across Alaska and has several works in the collection of the Anchorage Museum. 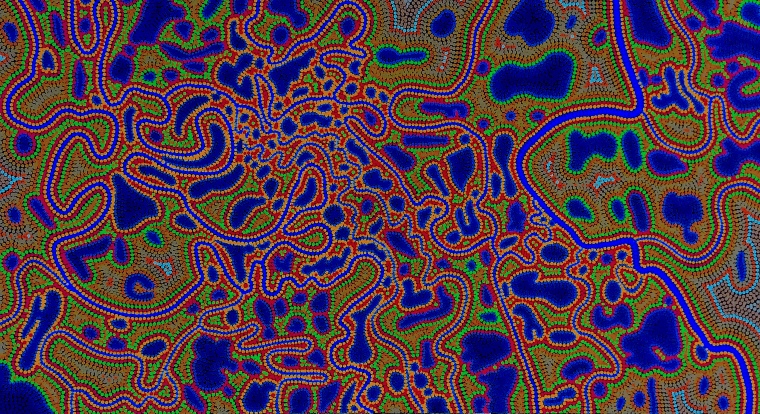 “Rivers are the arteries of Alaska.  Some are ancient. Some are brand new.  Some are famed waterways. Others are so isolated only wild creatures travel their courses.  Some rivers rush from glacier to sea in less than 10 miles. Others meander for hundreds of miles through lowlands, seemingly forgetting their way.  Some form great tidal estuaries, alternating by the hour from salt to fresh water. Some, like the Yukon, puke out huge masses of driftwood. But all are in essence doing the same thing: bringing the mountains into the sea in a relentless susurration.  On their way they form eddies, riffles, rapids, holes, shoals, braids, oxbows, cascades, falls, ice jams and any number of other phenomena. They are there night and day, winter and summer, generation upon generation. And all we have to do is watch them flow and we will be brought back to our 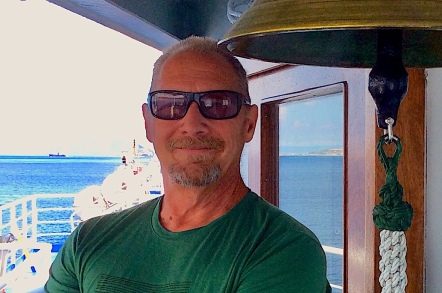 I have focused on the theme of wild rivers in this exhibit, depicting segments of rivers I have seen in Alaska.  The selection is based in nothing else but my wanderings in Alaska. I hope that viewers will be stimulated to recall rivers that are absent in this exhibit.  Who knows how many rivers will be remembered? To know them all and to name them all is impossible and arbitrary. To know even one in its entirety is beyond us.  To say that you have traveled the length of a given river is a lie plain and simple. Rivers begin in a single drop of water and end well out to sea and none that I know of have a single source.  Some even hide much of their flow underground, leaving us to see only the part that runs on top.

I have never followed a river, only encountered them in going about my business.  But time and again I have been surprised by what I have seen. Sometimes I even get a chuckle out of how witty a river can be in making its way through the country.

The patterns of these rivers are the templates of color.  But what color is water?”