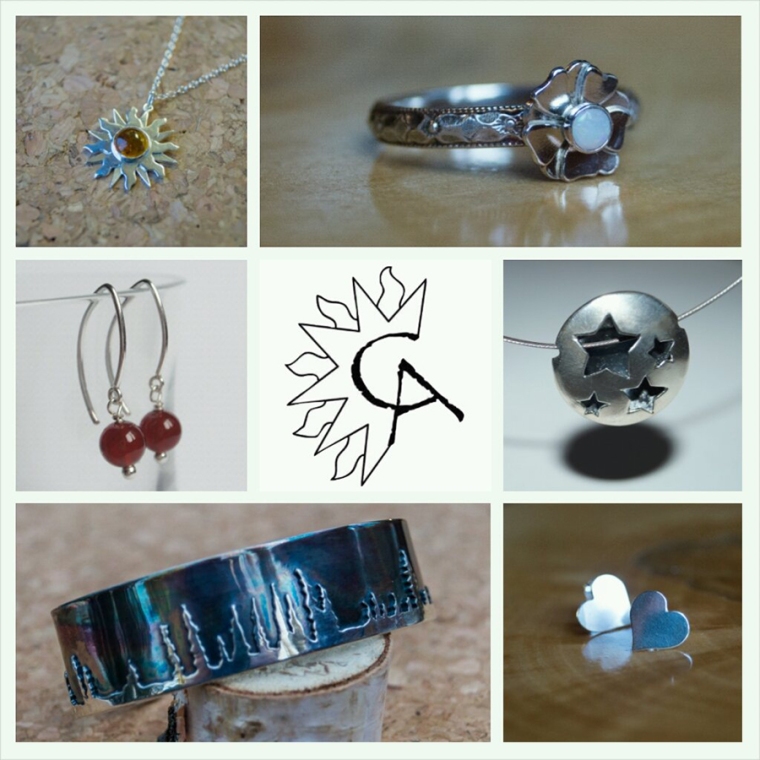 Carrie Aronson was raised in the interior of Alaska. After college she decided to stay in Alaska, making Fairbanks her home. She worked as an apprentice jeweler for many years and is also self taught in many techniques. She began selling her work in 2009, and has continued to since. Her work can be found during seasonal events and in galleries throughout Alaska. View more on her website: www.aronsondesigns.com.

“I strive to create unique pieces of jewelry that reflect my own personal style and surroundings. My work is often a reflection of our environment—the snow, scrubby trees, and animals seen while exploring our state—and on foreign travels. I currently work from my home ‘cabin’ studio.”

March Watercolor Artist of the Month: 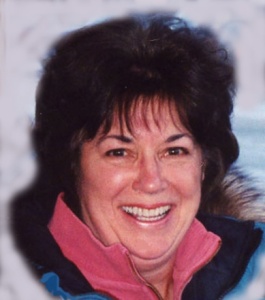 Phyllis Tate is a lifelong Alaskan born in Fairbanks.  She has lived, worked, boated, and flown throughout most of Alaska.   She was home-schooled and attended boarding school when she lived in the bush.  She attended Lathrop High School and UAF.   She has been an active licensed pilot since 1966 and holds an instrument rating.   She is one of many pilots profiled in the book Women Pilots of Alaska.

As a teenager she took a job painting sale signs on the windows of Ray’s Supermarket in the Northward Bldg.   In 2004 at the urging of a friend she took some watercolor painting lessons and discovered she enjoyed painting very much.   She joined the Fairbanks Watercolor Society (FWS) for inspiration and guidance and has been painting ever since.   Through FWS she has taken classes from many local, national, and internationally known artists.

In 2005 Phyllis won the FWS President’s Award for her painting “Evening Light” and in March 2007 she won the Gallery Choice Award for “Forest Steps” in the annual New Horizons FWS show.  Through her paintings, she tries to record and share some of the sights and places she has been fortunate enough to visit, travel, or spend quiet moments enjoying the beauty that is Alaska.

In 2008 Phyllis earned her 100-ton USCG Merchant Marine Officer Masters License.   She and her husband Murray reside in Fairbanks during the winters and spend summers in Prince William Sound where they operate Nuliaq Alaska Charters.   The beauty of Prince William Sound inspires her to paint there whenever she can.   The quiet Fairbanks winters allow her to take classes and hone her painting skills with a variety of subjects.

Her art has been exhibited at juried and non-juried shows in several galleries and artist venues both in Fairbanks and Anchorage.   Her paintings are in permanent collections throughout the U.S. and Europe.